A downloadable game for Windows

Being One 6 continues the series in a new and exciting way - Now in full 3D it's still an escape game at heart, it's still a point and click adventure you just have much more freedom to explore.

Future episodes will continue to expand the story and I will be building upon this engine I have created to bring you immersive, unique and  terrifying experiences. This is just the beginning!

A video walkthrough will be recorded soon, unless you are a youtuber and you want to help out - record your own, let me know and I'll link you up (or post a comment with the link below)

Massive thanks as always go to my friends, family & especially to my super supportive wife.

Also thanks to Katy Darrah who helped with a lot of testing on this game (will add you to the games' credits page as soon as I add a credits page to the game. Time ran out ;-)

Finally thanks to all you fans out there who are supporting me, sharing my games, telling your friends, recording youtube videos and most of all buying my games - I can't do this without you guys - THANKS!!

CHECK OUT THE FREE DEMO FIRST TO SEE IF IT RUNS OK ON YOUR COMPUTER ETC?

It's really cool to see this game i played as a kid is still continuing.  I really hope it keeps going!

Is there any chance you could make this and killer escape 4 playable online? I know flash is becoming unsupported, but maybe html? My garbage computer won't run this game, but it usually runs stuff online just fine. I am a huge fan and hope to be able to play this eventually, even if you can't make it online. Thanks! 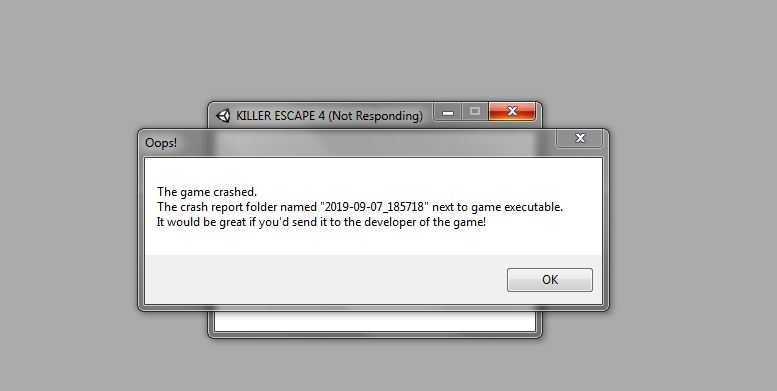 That's weird, will look into it

I enjoyed the first 5 episodes of this series. Tried to play through this to continue the story, but the gameplay was not very fun. When it came to the platforming in the elevator shaft I quit, as I consider that kind of thing pure frustration with no redeeming qualities. The tubes before it were annoying enough. Goodbye to this series - even if you do return to a P&C style.

That's very weird, have you played other Unity 3D Games without issue?

For example does Killer Escape 4 run for you?

I just replayed this again...highly enjoyable.  But I still can't find one datapad, and quite a few crystals!  Is there a walkthru anywhere that includes the locations of these?

Not currently but I have just provided the locations of all items to someone and they are recording a walkthrough video - will post it when it's done ;-)

That's great, I'll look forward to it!  Think they might also do one for Killer Escape 4?  As I'm not good enough at that one to unlock either of the awards, I've been hoping for someone else to do it and make a video, but so far it looks like no one has... 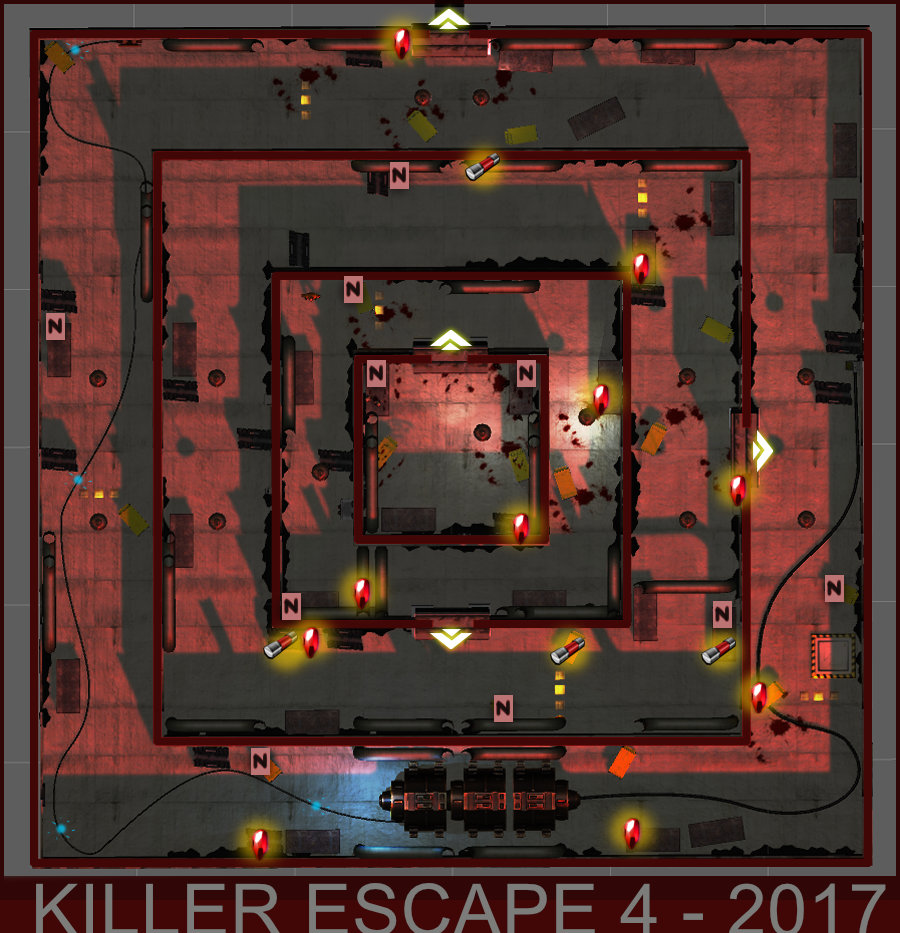 Yeah, I used the map...in fact I doubt I would've been able to finish the game at ALL without it.  I just really suck at being FAST in these kind of games...even when there's NOT also a monstrous freak constantly chasing me!!  :-)

Looking for the Being One series again after nearly a decade and finding this and episode 5, I had to buy it just to soothe my nostalgia! While episode 6 feels a little dull compared to the previous ones, in large part due to the fact that the creepy claustrophobic feels now missing, it's great to hear you're still working on this series.

Although the FPEG style is interesting, I think it might be a better idea to return to the point and click formula, especially for games which are trying to be creepy. Regardless, I look forward to seeing what you put out in the future!

I think I will be returning to the point & click style in future episodes!

Thanks for buying and playing, really appreciate it!

any chance there will be an update to have it operate more smoothly on parallels desktop? got the game but operation is really slow and laggy on parrallels desktop for mac to windows operation.

Only thing I can suggest for now is turn the quality and resolution settings down to squeeze a little more power out of it. Sorry didn't plan or test for people running it on parallels desktop ;-/

thats ok. will try that.

THANKS AGAIN to everyone who has purchased it so far, your support is very much appreciated!!

Ghostscape 4 (part 1) will be out soon and it'll be FREE thanks to your support!!

Hiya there! Have you thought about publishing to steam? I work for a new game publishing studio and would like to work with you to put this on steam. If you're interested let me know and we can discuss details. My email is deana@sedoc.net

my brother is already played this game and it was great and fun to play.I also hope you can make a reboot game of your Killer Escape series....

Reply
Quote the Robot3 years ago(+2)

Thank you for continuing this project regardless of the hurdles you had to overcome to get to where it is at now. The Being One series was one I really dug in when I ran into the first episode in high school and continued to play the rest of the series(along with other games you released as well). Searching for the next episode after playing the 5th game, I saw a post about how you were considering making the next (probably last at the time, memory is a bit faulty) episode as a 3D game, something new and interesting. Well, I decided to check again and found this, finally released, and you can bet I'm excited to play it(just bought it today)! Thanks again for your hard work, I look forward to your upcoming episodes!

And one additional question, would it be possible to translate this game into VR? I know its far fetched, the only reason I'm asking and suggesting it is based on the demo I played(found and played the demo before I realized the full game was out) most interactions are very simple and straight forward( grabbing objects, touching objects to activate them such as computers, ect) and the movement isn't complicated at all, which makes me think these kind of mechanics could translate well into VR.  As of now, VR doesn't have an enormous selection of games, and its possible this game could pull in additional players if put out there as a game that can be played as a VR title as well. Just a thought. Thanks again.

Thanks for the kind words of support - It's been a lot of work for very little reward but them's the breaks I suppose ;-)

I will probably look into VR in the future but for now I have got to make a living and that means I don't have time to 'play' around with cool stuff like VR etc - but I would love to - someday.

That's realy harder than previous games on flash. Also, my computer system is weak. This adds difficulty too. The game is  awesome!!!

Thanks for checking it out!!

Please try setting the 'Quality' to 'Fastest' on the initial start up dialog, might give it a boost?

The settings are already set to fast. However, the jump is not triggered immediately. "Maintenance security locks" always jumps to the next digit forward when I hit "invert". Don't  think about it, the game is good!!! Very good. Thank you for it.

So i found a glitch that every time im not in full screen but in window mode  i click somewere outside the the game and press again in the game the cursor it gos to the center  and i cant move the cursor around anymore. i could make a video i f you want to see when i go outside the game and i really like your games keep it up.

Thanks for letting me know. I was unable to solve that issue properly. I suggest using fullscreen...

Video walkthrough for those who get stuck or those that want a sneak preview ;-)

I finally got a chance to play this today and I must say well done! The FPEG style works great for the Killer Escape and Being One series (but also glad to hear you will still be doing P&C style games!) I love the fact that you tied the stories of the 2 series together, a huge plus for me on the narrative side of it. The graphics and atmosphere are excellent, has a sort of Nintendo 64 FPS vibe (a nice nostalgic feel that takes me back) but more polished and shiny :) The controls are smooth and accurate. The sound effects are very metallic/echoey which is a great touch of realism . The music is top notch. It gives a feeling of unease and urgency, especially in certain areas. All in all a great game. I definitely look forward to seeing more and how it all ends, or begins ;)

Thanks so glad you enjoyed it - I 'may' or 'may not' be sticking with the FPEG format...

A lot of people seem to be missing the old 2D 3D rendered look and feel of the older games so I'm doing some tests - this may help people with lower end computers too - Will be putting a test project up soon so watch this space!

Awesome, really been looking forward to this, and just in time for
Christmas! Thanks for offering it for free, but as always I'll be
purchasing it plus a little extra sometime this week to give my continued support :)

That seems to be a nice gift from yeah Psionic Games! Thank you !!, keep those good games up, and please make Ghostscape 3 or sequel to "The Cabin" game, I would love to try those!

Ghostscape 3D is already available on here for FREE ;-)  https://psionicgames.itch.io/ghostscape-3d

Being One 6 is out there and it's FREE for the next few days so get your grubby mits on it, play through and I hope you enjoy it!!

It goes without saying I have put lots of work into this game and I really REALLY need your support !! 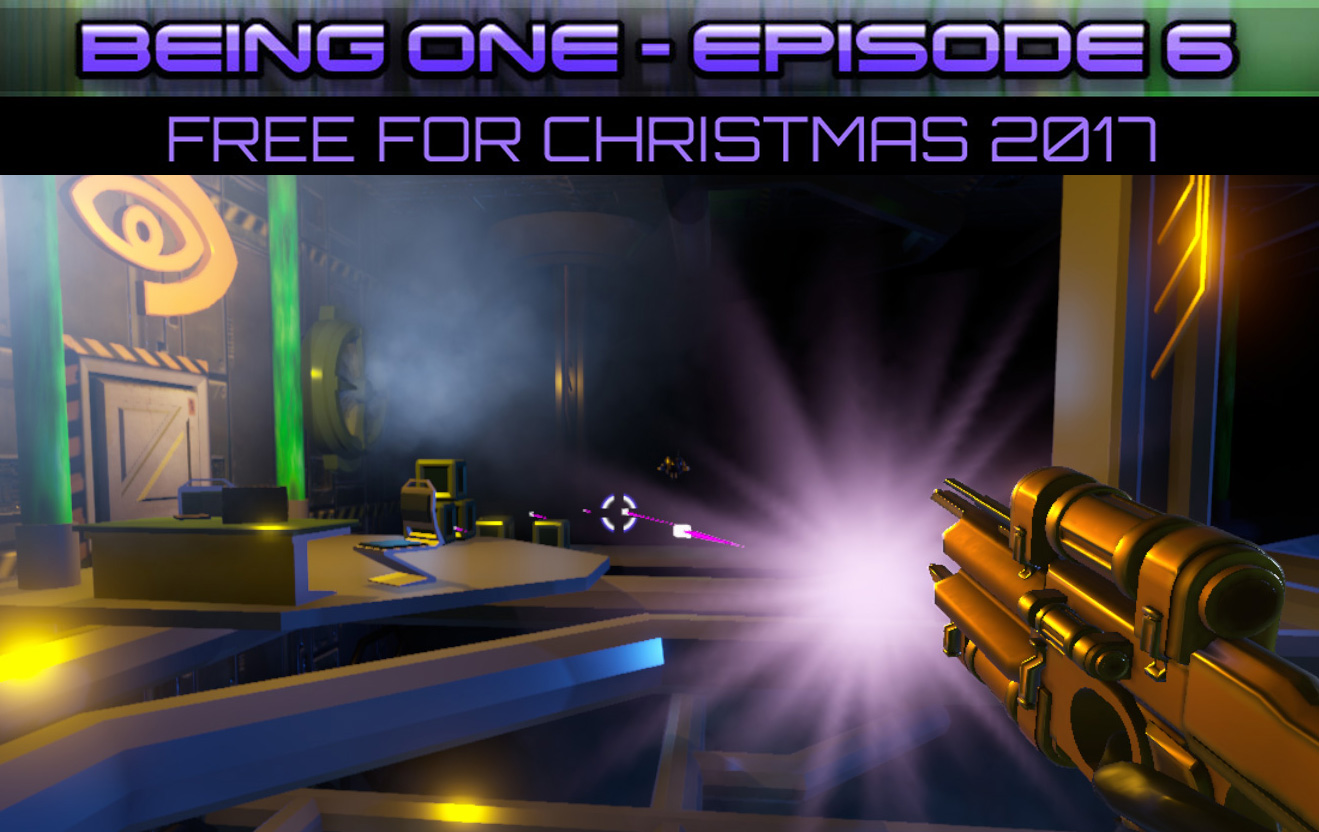 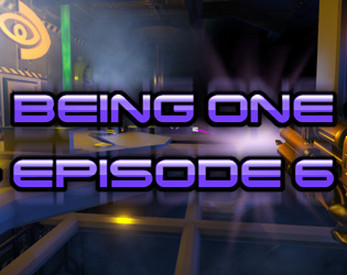 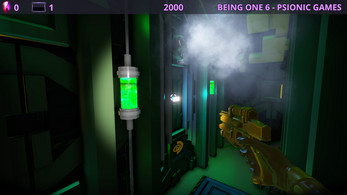 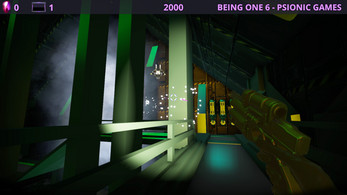 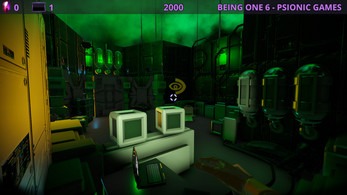 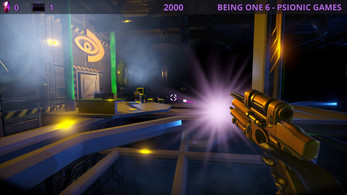 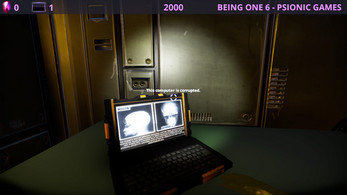 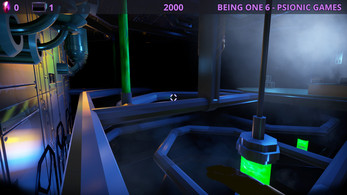 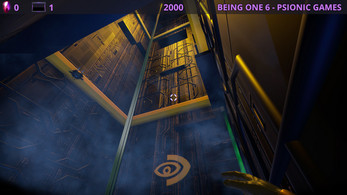 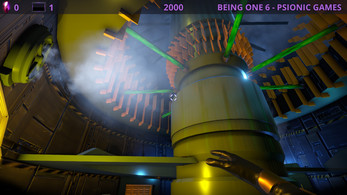